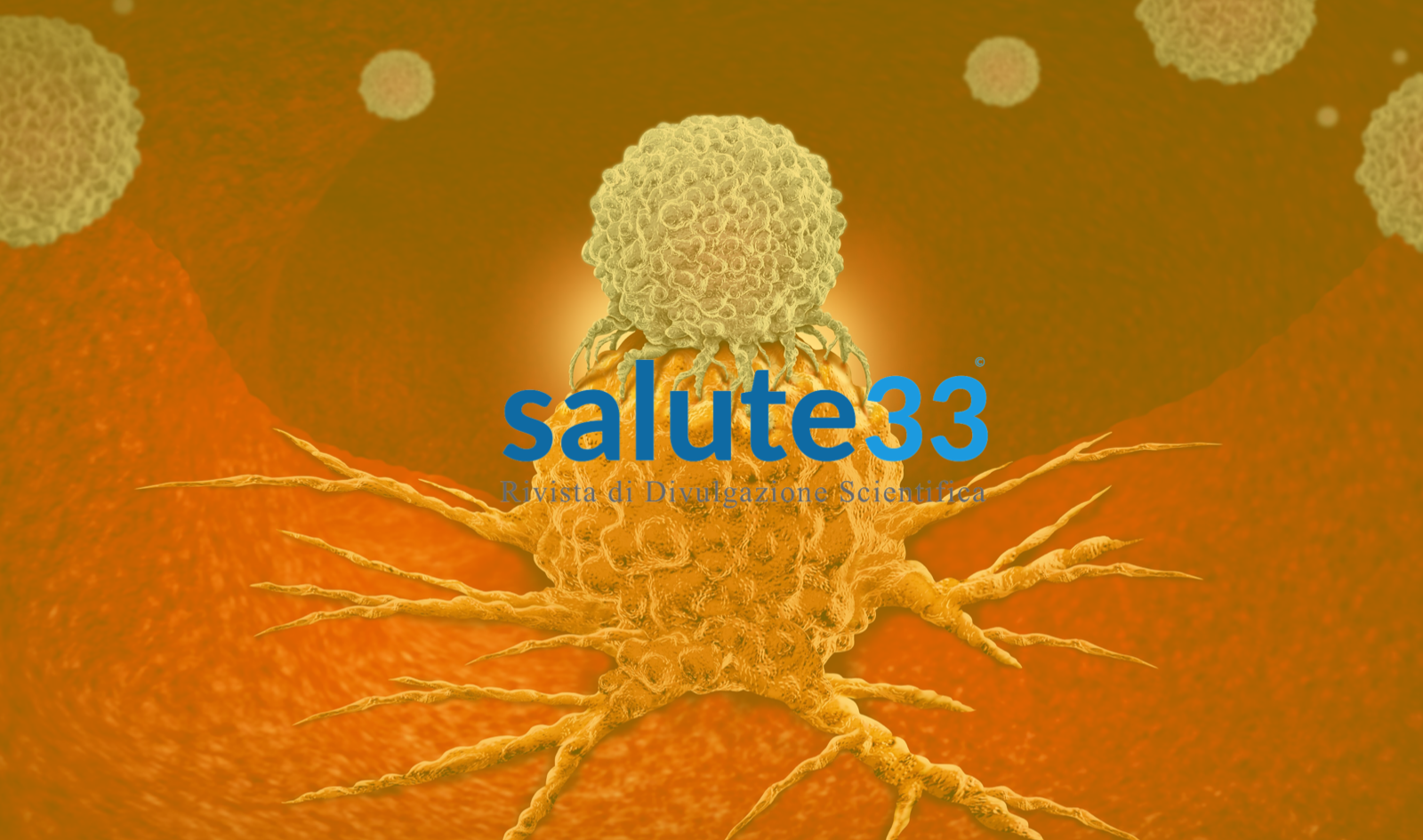 Until recently, the prospects for melanoma patients were bleak, but scientific breakthroughs have brought effective new treatment options in the form of targeted therapy with BRAF and MEK inhibitors and, most importantly, immunotherapy in the form of checkpoint inhibitors.i  To date three-ipilimumab, nivolumab and pembrolizumab-have received regulatory approval for melanoma.

The first to be approved by the FDA in 2011 was ipilimumab, a fully human, monoclonal IgG1 antibody that inhibits CTLA-4. The cytotoxic T-lymphocyte-associated protein 4 (CTLA-4), identified in 1987, competes with CD28 to bind to CD80 (B7-1) and CD86 (B7-2). By binding, CTLA-4 downregulates pathways of T cell activation by competitively binding to B7 proteins (required for stimulation of T cells).

Approval of the two anti-PD-1 antibodies-nivolumab and pembrolizumab-followed. PD-1, programmed cell death protein 1, is a negative regulator of T cell activity and is expressed by T cells with excessive exposure to antigens. Its primary ligand, PD-L1, is frequently expressed throughout cancerous cells and tumor-infiltrating lymphocytes (TILs). The other ligand, PD-L2, is expressed mainly by antigen-presenting cells (APCs). Both ligands are members of B7 protein family.

Antibodies directed at PD-L1 which block PD-L1 from binding its receptors PD-1 and B7.1 have also been tested but none have yet been approved.

Multiple intratumoral and vaccine approaches have been tested for treating advanced melanoma. The vaccines aim to elicit immune response against antigens expressed by melanoma tumor cells, such as tumor-associated antigens (TAAs) or mutation-derived antigens (neoantigens). “As single agents the results have not been impressive,” says Isabella Glitza Oliva, M.D., Ph.D., of MD Anderson Cancer Center in Houston.

PV-10 (Rose Bengal) is a water-soluble injectable iodinated fluorescein derivative. After intralesional injection, PV-10 accumulates in tumor lysosomes resulting in rapid lysis of tumor cells, and it is also able to produce cytotoxic reactive oxygen species when exposed to ionizing radiation. A phase II study, found 51% of patients responded to PV-10 (26% completely), and 8% had no evidence of recurrence after 52 weeks. . “Importantly, noninjected lesions also showed regression,” says Dr. Glitza, and, “toxicity profile was favourable.” PV-10 is currently not approved for metastatic melanoma, and clinical trials are investigating its efficacy in combination with checkpoint inhibitors.

Talimogene laherparepvec (T-VEC), a genetically modified herpes simplex virus (HSV) type 1, is the only intralesional oncolytic virotherapy with regulatory approval in melanoma. It exerts its effect on regional and systemic antitumor immunity by selective intratumoral replication and expression of GM-CSF (granulocyte macrophage colony-stimulating factor) within the infected melanoma cells. Multiple clinical trials are currently ongoing and investigating the efficacy of T-VEC in combination with checkpoint inhibitors, targeted therapy and radiation.

Indoleamine dioxygenase (IDO) is one of the enzymes involved in the catalysing tryptophan into kynurenine. IDO inhibitors have recently emerged as a new and exciting class of anticancer drugs. T cells need tryptophan for function, and research has shown that tumors can increase IDO levels, thereby suppressing the function of cytotoxic T cells, and activation of T regulatory cells.  “Epacadostat is a selective inhibitor of the IDO1 enzyme, and while it has not shown great efficacy as single agent,” Dr. Glitza says, “it demonstrated great efficacy when added to other checkpoint inhibitors such as anti-PD-1.”

Lymphocyte-activation gene 3 (LAG-3) is an immune checkpoint receptor found on the surface of activated CD4 and CD8 T cells, natural killer (NK) cells, B cells, and plasmacytoid dendritic cells. The development of LAG-3 blockade (relatlimab) in combination with nivolumab has now moved into clinical testing in patients who progressed on prior PD-1/PD-L1 exposure.

T Cell immunoglobulin-3 (Tim-3) is a co-inhibitory receptor which is expressed on specific subtypes of IFN-Î³-producing CD4+ and CD8+ as well as dendritic cells, NK, and monocytes. It was shown that a subset of T cells in patients with advanced melanoma upregulates Tim-3 expression, and that cells positive for this marker appear to be dysfunctional and that concurrent blockade with anti-PD-1 acted synergistic in reversing tumor-induced T cell exhaustion and dysfunction. A few Tim-3 antagonists are in early-phase clinical development, either as single agent or in combination with anti-PD-1 or PD-L1.

OX40 is a member of tumor necrosis factor (TNF) receptor superfamily (TNFRSF), and stimulation of its ligand can lead to proliferation, improved effector function, and prolonged survival of T cells. Dr. Glitza says: “In an initial phase one trial using an OX40 agonistic murine monoclonal antibody, regression of metastatic lesions was noted in 12 out of 30 patients, with 7 patients with metastatic melanoma.”

Another member of TNFRSF is 4-1BB, an inducible costimulatory receptor expressed on T cells and other immune cells which can restore effector function. 4-1BB and 4-1BBL interaction results in cytokine secretion and increased survival of CD8+ T cells. Urelumab is a fully humanized 4-1BB agonist mAb that has been tested in a phase I dose-escalation study. Although only a small number of patients responded to monotherapy, combination treatment appears more promising.

Toll-Like receptors (TLRs) are members of immune recognition receptor family, and any tumor types express functional TLRs, leading to tumor proliferation, formation of metastases, and resistance
to apoptosis. Numerous studies are underway to see if a TLR-based therapeutic approach can increase the efficacy of anticancer immunotherapies, Dr. Glitza says.

This website uses cookies to improve your experience while you navigate through the website. Out of these, the cookies that are categorized as necessary are stored on your browser as they are essential for the working of basic functionalities of the website. We also use third-party cookies that help us analyze and understand how you use this website. These cookies will be stored in your browser only with your consent. You also have the option to opt-out of these cookies. But opting out of some of these cookies may affect your browsing experience.
Necessary Sempre abilitato
Necessary cookies are absolutely essential for the website to function properly. These cookies ensure basic functionalities and security features of the website, anonymously.
Functional
Functional cookies help to perform certain functionalities like sharing the content of the website on social media platforms, collect feedbacks, and other third-party features.
Performance
Performance cookies are used to understand and analyze the key performance indexes of the website which helps in delivering a better user experience for the visitors.
Analytics
Analytical cookies are used to understand how visitors interact with the website. These cookies help provide information on metrics the number of visitors, bounce rate, traffic source, etc.
Advertisement
Advertisement cookies are used to provide visitors with relevant ads and marketing campaigns. These cookies track visitors across websites and collect information to provide customized ads.
Others
Other uncategorized cookies are those that are being analyzed and have not been classified into a category as yet.
ACCETTA E SALVA